Is Reel to Reel really that good? 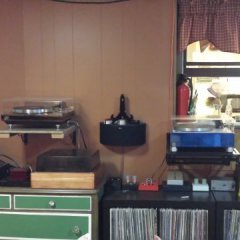 In my opinion,  there is nothing better than a mixed down master tape (or direct copy) on a good machine. It's like vinyl with a CD black background. Now this is for 1/4" 1/2 track 15ips recordi

The simple answer to "Is Reel-to-Reel really that good..." is....if it WASN'T, then why do Neil Young and so many others still use it for their mastering?  Fidelity in R2R is all abo