Please, when a post is stupid, ignore it.  To reply to it to point out the stupidity only makes it worse.   &# 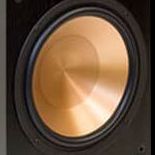 So, as a relative newbie here, have been a member since '08 but haven't 'been' a member since late last year, this year, all I can say is that the vast majority of members that I hav

Well who did it ? Yes we are aware, Klipsch never gave us much to go on with this, before it was allowed if it wasn't obvious. Except for the TOS we have nothin