None of those “performers “ come close to Prince doing Purple Rain in the Miami monsoon SB half time show. 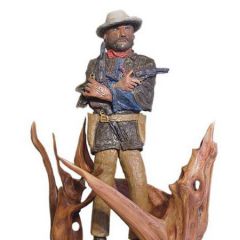