@Limberpine has bought me two sets of Klipsch speakers and held them for me until I could drive down to Portland. Awesome guy and very trustworthy. Don't hesitate to hit him up. 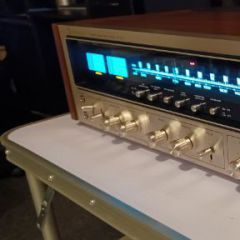 Shop goodwill, usually wide selection of gear. It's not the goodwill your Dad shopped at.....The few bids I bid were more than they were worth from a good seller and still lost em'....If I can't find