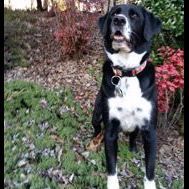 Funny thing about volume is general loss of fidelity. Now I can play things much louder and cleaner than the vast majority of forum members with the Super MWM's. I do so on few occasions though and mo

The following is taken from this source (Bob Katz): https://www.digido.com/portfolio-item/level-practices-part-2/     Farther down the article, it talks about using a "-6 dB" referenc

I finally got a calibrated microphone a month ago and found that 90dB continuous was borderline too much for anything other than "show off for a song" for my tastes.  I then put on hearing protection