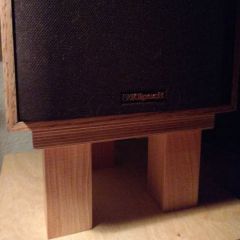 There’s more than one way to look at these price increases.  For those of us for whom the price of new Heritage speakers is now out of reach, has been so in the past, and will likely continue to be in

I received an email from Upscale Audio this morning stating that Klipsch is raising prices on the Heritage line 15% across the board on September 1st.  This is on top of the 10% Heritage price increas