By the real Duke Spinner,
January 9 in Lounge

I'm not a great player, and know that about myself. I'm a moderately competent rhythm player and that is probably all I will ever be. But, that's okay. I still love getting together with friends and m

Seems we think similarly I use a Fender Super Champ, or s Marshall Reverb 12 The Marshall is an incredible SS amp Rumour has it that Billy Gibbons mainly recorded all ZZTop albums with 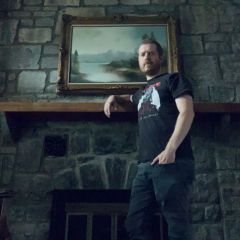 I can’t leave well enough alone…   I decided to re-radius one of my strat necks and install some stainless fret wire. I had done a level and crown on this one last year and it had alrea