My journey continues. Have a pair of '77 La Scala's that came with the original metal can caps on the AA's. Liked the sound as is and resisted refreshing them. Then I gave in, bought some new Type A c

My LS-s are 46 years old, and I consider myself fortunate the AA "oil can" caps are still intact... 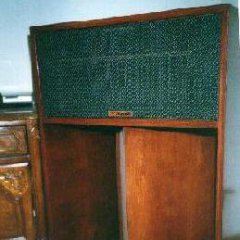 No.  But it should be no worse than motor oil.  You wouldn't lick that off your fingers.