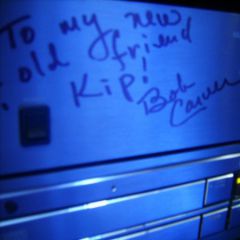 I recently purchased my second set of Khorns from a vintage audio collector. As part of the deal, I agreed to his asking price (which I felt was reasonable for this mint Khorn set) if we could do an A