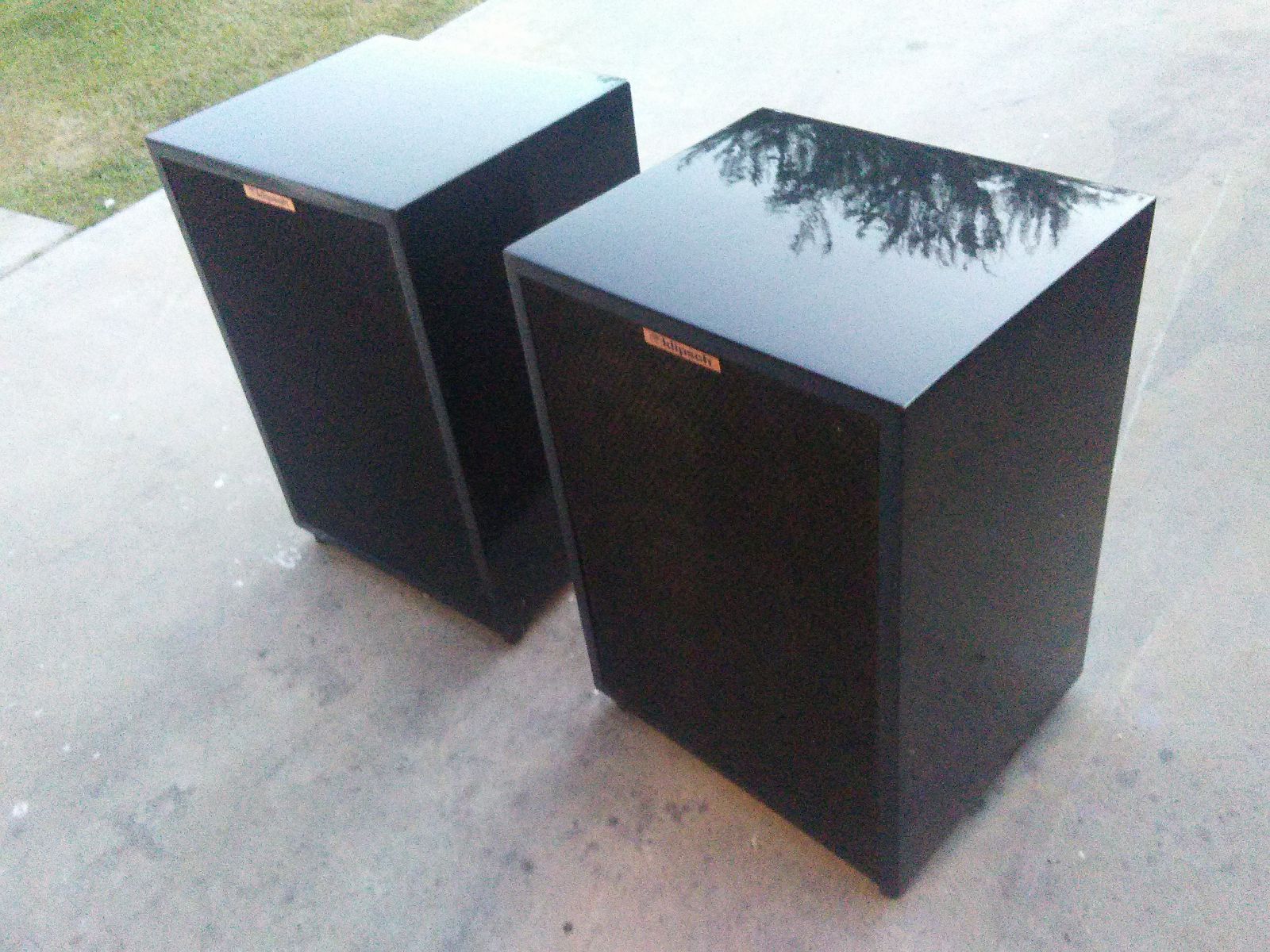 completely redone in mirror finish piano black lacquer, reused all original parts including cabinets which turned out to be much more work than anticipated due to all the warpage and cupping of 35 year old wood.