Bone...how about a crankbait. Don't know how many people know this but the forte ii was the second consumer speaker I designed when I came to klipsch. The quart

I recently watched a video seminar sponsored by Parasound and the featured speaker was John Curl. I'll leave you to do the research on this man who has done some amazing things in th 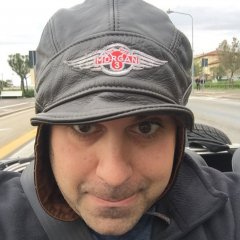 Hello Community,   My name is Steve Jain, it was my crazy idea to build THE FIFTEENS.  I am