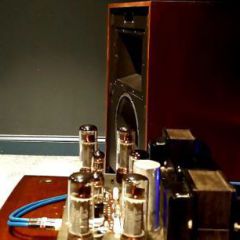 Nope, we're not kidding. There's a ton of vintage caps and tubes laying around in old stockpiles over there which were built with real "effort", many from prior to the "fall of the wall": Say what you

Oh god not another power cable discussion🤦‍♂️      This phenomena is easily measured and explained. Looking at the datasheet of a resistor you will notice a spec called voltage coeffi

A few months ago I read a post by "thebes" from 2013 regarding his experience with Russian military surplus PIO caps in crossover networks. My Crites Type B's came with Sonicraft caps at 2.5uf and 4uf