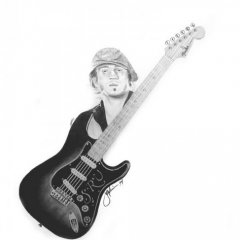 One of my favorite shots, the Finster with the Dtel's (Christy and Eldon).